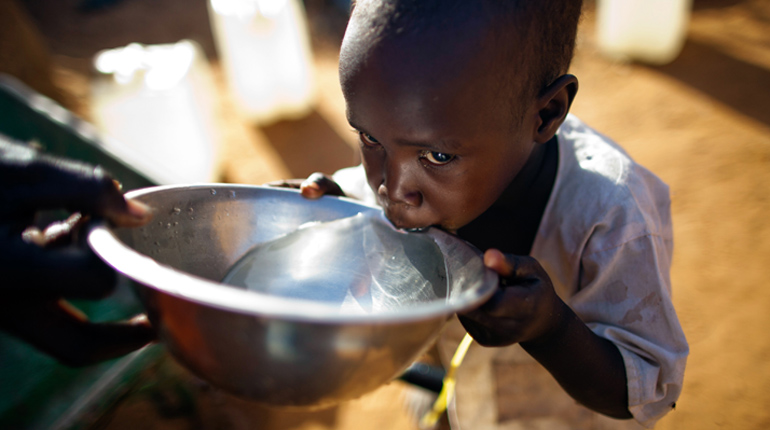 UNU-INWEH underwent some remarkable changes in 2015, which included securing major funding, recruitment of key professional staff, and successful media engagement on a number of fronts.

UNU-INWEH was successful in obtaining a C$ 10 million grant from the Canadian Government to support its core operations. A grant agreement between UNU-INWEH and the Department for Foreign Affairs, Trade, and Development (now: Global Affairs Canada) was signed in April 2015. This grant offers a state of sustainability and stability for the years to come.

With water security gaining increasing attention in recent years, UNU-INWEH entered into a strategic partnership with EPCOR Utilities Inc. to establish “EPCOR Water Security Research Chair” at the institute since March 2015. This four-year engagement will provide C$ 0.4 million. Mr. Robert Sandford was appointed as this Chair, and has been actively canvassing for UNU-INWEH with a wide range of audiences in Canada and abroad.

The world leaders gathered in New York in September 2015 to approve the 2030 Agenda for Sustainable Development. The UN member states clearly expressed the need for scientific evidence to help achieve the Sustainable Development Goals (SDGs) as well as that for building institutional and human capacity for success. These notions link directly to the work UNU-INWEH has undertaken since 2011 to provide an evidence-based analysis of the SDGs and the approaches for their implementation. In partnership with UNOSD, GWP and McMaster University, UNU-INWEH led the process of analyzing the current status of the water sector, aspirations and goals related to water, and potential roadblocks and challenges to implementation of SDGs in ten UN Member States: Bangladesh, Bolivia, Canada, Indonesia, Pakistan, Republic of Korea, Singapore, Uganda, Vietnam, and Zambia. The resulting report was presented and discussed in a workshop organized by UNDESA in February 2015 (New York): “Water in the World We Want: Catalyzing National WaterRelated Sustainable Development.” A third study on national level SDG implementation is now under development; a partners’ workshop was held in Hamilton (6 October).

UNU-INWEH served as the Scientific Coordinator for the Economics of Land Degradation (ELD), an initiative for a global study on the economic benefits of land-based ecosystems. In 2015, three primary ELD reports were developed for the scientific communities, the private sector, and policy-/decision-makers respectively. These reports were presented for the EU and the UN policy audiences through major public events in Brussels (15 September) and New York (24 September), respectively. Four case study reports focused on Mali, Jordan, Sudan and Ethiopia were also published. UNU-INWEH continues support for ELD capacity-building activities, including developing the concept and content for a Massive Open Online Course (MOOC). Following the completion of Phase I of the ELD Initiative in December 2015, UNU-INWEH is seeking resources to allow the implementation of follow-up activities, including: pilot testing the ELD 6+1 approach to assess the economics of land management in 6-8 case study countries; developing an ELD economic module for the WOCAT database; and developing an ELD land valuation tool for a land banking project in Turkey.