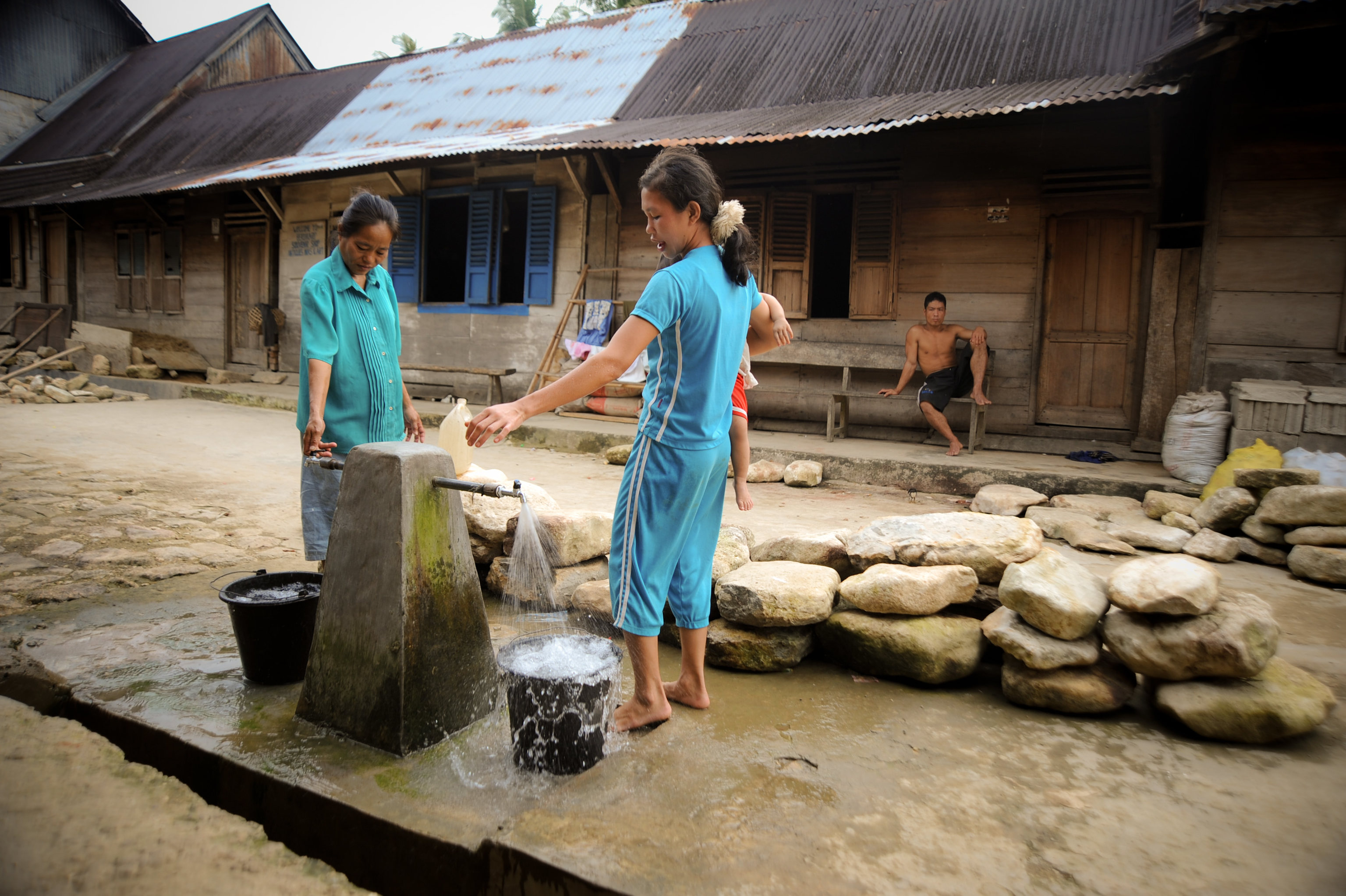 UN Women estimates 150 million women and girls are emerging from poverty by 2030, thanks largely to comprehensive education, labor, and social protection strategies and reforms implemented by governments around the world.

Celebration of this anticipated Sustainable Development Goal (SDG) progress is tempered, however, by the realization that a majority — roughly two-thirds — of the 435 million women and girls experiencing extreme poverty will likely be left behind.

The impact of gender inequality has severe costs and consequences for entire societies. Women and girls in 80% of households without on-premises drinking water access miss out on innumerable economic and educational opportunities due to daily water collection responsibilities.

Women also are underrepresented in leadership and decision-making roles despite making up nearly half of the world’s population. Moreover, lifetime earnings of women could increase by more than half – that is, US $24,586 per person or $170 trillion globally – if women earned as much as men.

This year’s International Women’s Day, celebrated since 1911, aims to further raise awareness of and break the bias that perpetuates gender inequality in the 21st century.

This bias continues despite gender mainstreaming and other public policy measures that unequivocally affirm the equal rights of women and men and officially integrate gendered perspectives in legislation, research, resource allocation, and project management and monitoring.

In the water sector, blind spots pose a particular barrier to progress.

Blind spots due to limited data, discriminatory structural and systemic violations such as stereotypes and norms, need to be urgently addressed.

Even within the SDGs there are blind spots: none of the 11 indicators for SDG 6 (clean water and sanitation) are related to gender, for example.

While “paying special attention to the needs of women and girls” is descriptively highlighted in Target 6.2 (adequate and equitable sanitation and hygiene), all of SDG 6’s indicators are actually gender-blind as data such as the proportion of women and girls accessing safe services or involved in decision-making are not monitored.

The water sector needs to collect gender-disaggregated data measuring women’s ability to meet their water, sanitation, and hygiene (WASH) needs, access resources, and exercise agency if it is to develop evidence-based gender equality policies and interventions.

The water sector can draw from the SDG Agenda’s 53 gender-specific indicators, a recent review on gender-related WASH measures and quantitative measures of social change informed by a feminist perspective to build gender-specific monitoring system at programmatic, national and global scales.

Meanwhile, less than half of 109 countries reporting on gender mainstreaming in water laws and policies specifically mention women’s participation in resource management and rural sanitation.

And in places where women’s equality seems most advanced, some of the women that managed to get a seat at the table have complained of their participation being tokenistic in both community and government structures.

When women’s perspectives are not incorporated in policies and the construction and location of supposedly gender-neutral water infrastructure, resulting interventions can actually constrain women’s economic and educational opportunities.

Women also can feel insecure with having to use services that put their personal safety at risk, as well as not meet their basic menstrual hygiene disposal and personal cleansing needs.

Meaningful and substantial women’s empowerment efforts and representation are critical to ensure that current systems are transformed to tackle the harmful roots of inequality in the water sector. The causes of these violations need to be uprooted if everlasting change is to be achieved.

Outdated stereotypes and social norms – such as women being steered to traditional caregiving domestic and professional roles – are at the root of gender bias and barriers in the water sector.

Additionally, socio-institutional expectations and patriarchal practices limit many women’s ability to reconcile the time and energy committed to caregiving and work.

While sectoral interventions have targeted gender imbalances in domestic roles and decision-making, gender mainstreaming in the workplace continues to be an uphill struggle.

Globally, less than one in five water sector workers are women, with underrepresentation in both technical and managerial positions.

The realization of gender equality is a key component of the global development agenda, and essential if the water sector is to contribute to the achievement of SDGs 1 (no poverty), 5 (gender equality), 6 (clean water and sanitation), and 10 (reduced inequalities).

Lina Taing is the Water and Health research lead, and Grace Oluwasanya is a Water, Gender and Climate Change research lead at the UN University Institute for Water, Environment and Health (UNU-INWEH), a Canadian-based think tank supported by the Government of Canada and hosted at McMaster University, Hamilton, Ontario.