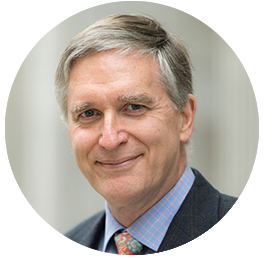 Michael is a Distinguished Fellow at the Asian Pacific Foundation and Fellow at Simon Fraser University’s Morris J. Wosk Centre for Dialogue. Michael spent 33 years as a diplomat and senior executive in the Canadian Foreign Service and had postings to Malaysia, Brazil, Costa Rica, and Mexico. From 2000 to 2003 Michael was Canada’s Ambassador to Cuba and from 2010-2014, he served as Canada’s High Commissioner to Australia. Michael held numerous senior executive positions in the Department of Foreign Affairs and International Trade, including Assistant Deputy Minister of Global Issues and Canada’s foreign affairs sous-sherpa for the 2007 and 2008 G8 Summits.

Michael was the first Executive Director of the Wosk Centre’s Renewable Cities program. Currently he is engaged with teaching, researching and speaking on climate change and renewable energy issues, as well as on issues of global governance. Michael has a A.B. from Princeton University, a M.A. in Political Science from the University of Toronto and a M. Phil in Social Anthropology from Cambridge University.