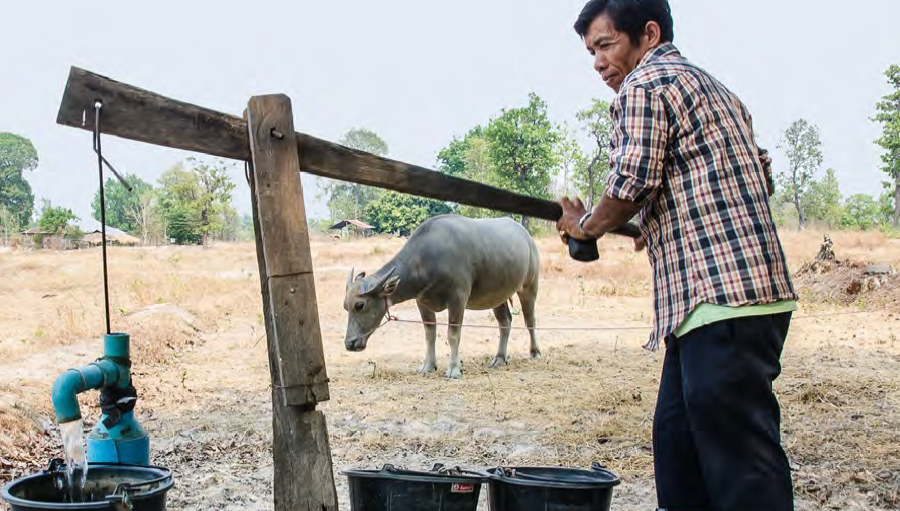 This book synthesises the results of the Groundwater and Human Security – Case Studies (GWAHS-CS) project which was overseen by the United Nations University Institute for Water, Environment and Health, the United Nations University Institute for Environment and Human Security, the International Hydrological Programme of the United Nations Educational, Scientific and Cultural Organization, and the UN-Water Decade Programme on Capacity Development. The project was implemented by scientists and experts in four case study areas in Egypt, I.R. Iran, and Viet Nam. An additional case study from Bangladesh was added to the project,
although not funded directly through it.

The GWAHS-CS project was operational from 2008 until 2010, and it is only later on that the idea of compiling the case studies into a single publication was put forward. Even though a few years have elapsed between the end of the project and the decision to publish this book, the processes, problems, and lessons learned are still relevant. It is now 2017 and international agreements on sustainable development, climate change adaptation and mitigation, disaster risk reduction, and urban development have been endorsed, and groundwater is relevant to all of them. Agenda 2030, in particular, was designed to explicitly deal with the integration between Goals and not simply the Goals themselves. The intersection between groundwater and human security is one such example, impacting economic growth, human development, and environmental integrity.

We are convinced that the case studies presented in this book can inform some of these processes. Indeed, case study regions still face problems with their groundwater resources, from the 2016 drought and saltwater incursion affecting the Mekong Delta, to megacity groundwater withdrawals in Bangladesh and Iran’s ongoing water crisis. It is nonetheless important, when reading this book, to keep in mind the timeframe of the GWAHS-CS project: the case studies have not been updated from the time when the XII core activities of the project took place and the literature, with the exception of a few updates, reflects the status quo at the time of project execution.