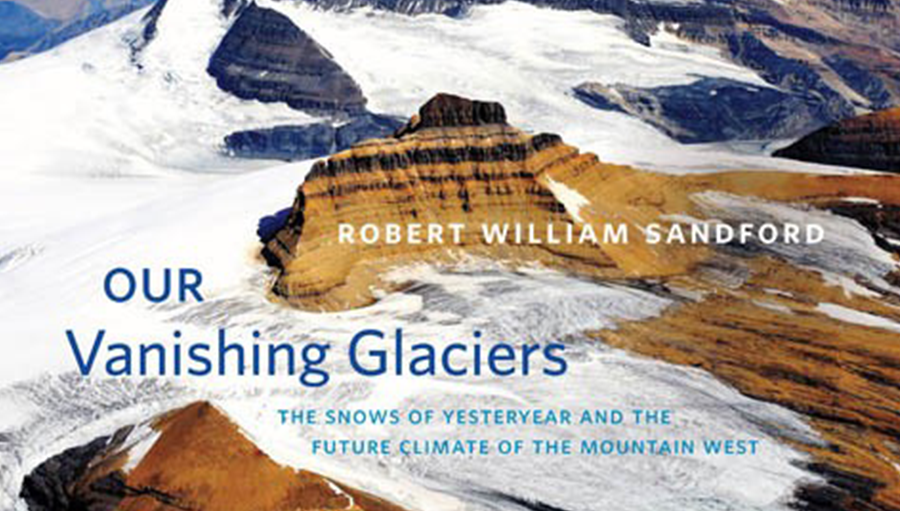 Sandford, Robert (2017). Our Vanishing Glaciers: The Snows of Yesteryear and the Future Climate of the Mountain West. Rocky Mountain Books.

Written by one of the most respected experts in water and water-associated climate science and featuring stunning photography collected over the past four decades, Our Vanishing Glaciers explains and illustrates why water is such a unique substance and how it makes life on this planet possible.

Focusing on the Columbia Icefield, the largest and most accessible mass of ice straddling the Continental Divide in western North America, and featuring photographs, illustrations, aerial surveys and thermal imaging collected over more than 40 years of the author’s personal observations, the book reveals the stunning magnitude of glacial ice in western Canada.

Citing evidence to suggest that in the Canadian Rocky Mountain national parks alone, as many as 300 glaciers may have disappeared since 1920, this large-format, fully illustrated coffee table book graphically illustrates the projected rate of glacier recession in the mountain West over the rest of this century and serves as a profound testament to the beauty and importance of western Canada’s water, ice and snow.