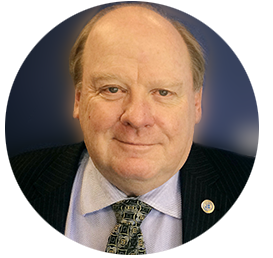 Robert (Bob) Sandford has 45 years of experience interpreting natural and human history for general audiences. In the last two decades his focus has been on translating scientific research outcomes into language the average person can understand and that decision-makers at all levels can use to craft timely and durable public and private sector policies. To this end, Bob is also senior advisor on water issues for the Interaction Council, a global public policy forum composed of more than 30 former Heads of State including Canadian Prime Minister Jean Chretien, U.S. President Bill Clinton and the former Prime Minister of Norway, Gro Brundtland. Bob is a Fellow of the Centre for Hydrology at the University of Saskatchewan and a Fellow of the Biogeoscience Institute at the University of Calgary. He is a senior policy advisor for the Adaptation to Climate Change team at Simon Fraser University and is also a member of the Forum for Leadership on Water (FLOW), a national water policy research group centred in Toronto. In 2011, Bob was honoured with the Premier’s award for his collaboration on the Northwest Territories water stewardship strategy. Robert is author or co-author of a number of books on a range of Canadian and global water issues, including “Cold Matters: The State & Fate of Canada’s Snow and Ice”; “Flood Forecast: Climate Risk & Resilience in Canada”; “The Columbia River Treaty: A Primer”, “The Climate Nexus: Water, Food, Energy and Biodiversity” and “Storm Warning: Water & Climate Security in a Changing Canada”. In 2013, Alberta Ventures magazine recognized Bob as one of the year’s 50 most influential Albertans.