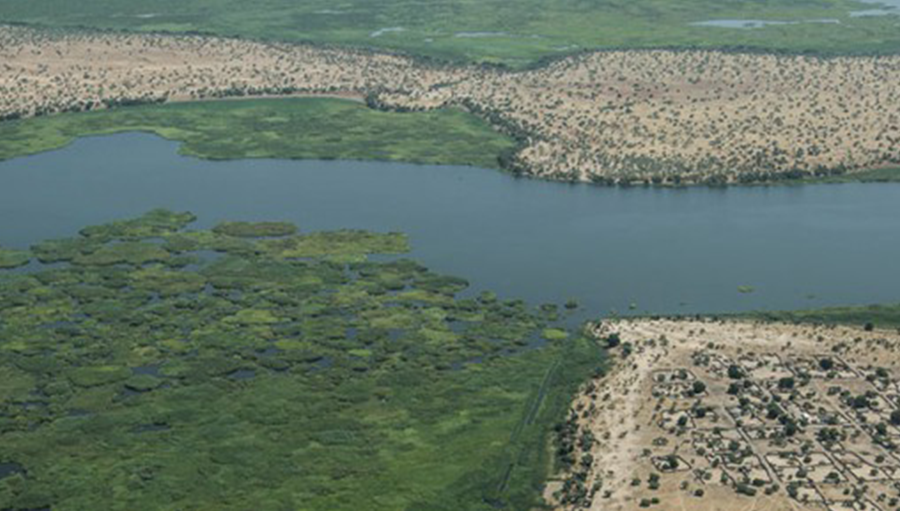 Transaqua, the massive water infrastructure project first pitched in the 1970s, is back on the political agenda and claims it can reshape regional politics in Central Africa. The USD 50 billion plan calls for the construction of a 2,400-kilometer canal to divert water from the Congo River Basin and replenish Lake Chad. The construction works will take place in the Central African Republic and the Democratic Republic of Congo (DRC), not in the riparian states of the Lake Chad Basin.

Discussion re-emerged in the mid-2010s, when state-owned PowerChina offered to support this infrastructure investment. PowerChina signed a Memorandum of Understanding (MOU) with the Lake Chad Basin Commission (LCBC) in 2016, followed by an MOU between PowerChina and Bonifica in 2017 to collaborate on the water transfer proposal. Bonifica has been promoting the project since the 1970s. LCBC endorsed the Transaqua project as a preferred option of water transfer to save Lake Chad after the International Conference on Lake Chad (2018). An MOU was signed with Italy for cooperation towards implementation.

Geopolitical stability and human security are global issues. In past decades the Lake Chad region saw a severe water crisis and endured one of the most turbulent times in its political history. More than 17 million people in the region face a multitude of difficult crises related to extreme poverty, water stress settings, climate change and conflict. Half of this count is in need of support, protection and humanitarian help, as noted by the United Nations Office for the Coordination of Humanitarian Affairs (OCHA) last year.

A closer look at the declarations and official documents promoting Transaqua reveals multiple narratives outlining ambitious targets and claims of future benefits to both basins, as well as promises to resolve significant political, economic, and even regional insecurity challenges, including the Boko Haram threat and out-migration.