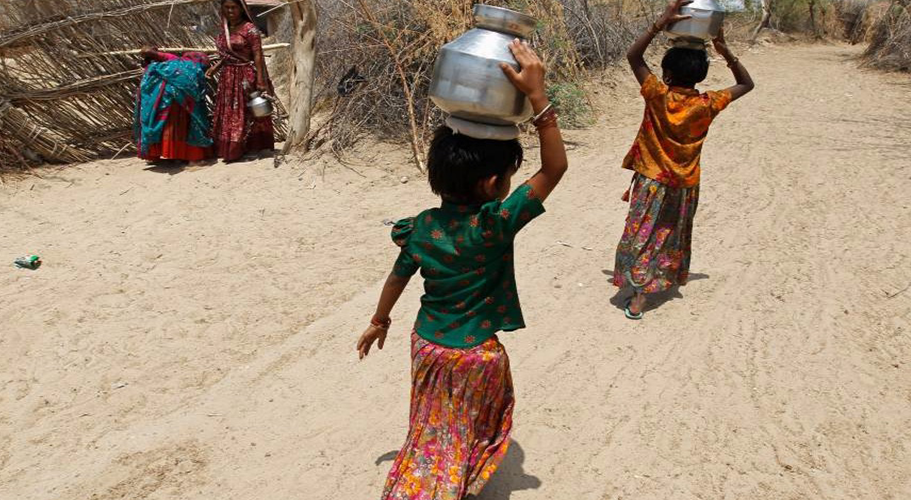 The importance of international cooperation in freshwater management is growing with world population and changes to global climate and weather patterns, warns a new report from UN University.

Published by UNU’s Canadian-based Institute on Water, Environment and Health, the report details the most successful (and unsuccessful) elements of past international water management efforts, offers a guide for future preparations, and describes trouble hotspots worldwide in which co-operation between nations will be essential to hundreds of millions of people.

Over half of the world’s population, for example, rely on rivers that originate in the Himalaya’s dwindling glaciers. With those glaciers melting at an accelerating pace, “cooperation will be even more important to the area,” the report says. “Increased flooding followed by a seasonal lack of freshwater will implicate countries across borders and make cooperation vital.”

In some parts of the world, the greatest water cooperation challenges will be tested by changes to the water availability through a distorted frequency and intensity of rainfall.

According to the report:

Freshwater bodies that connect two or more countries, either above or below surface, cover about 45% of the world’s land mass
There are 276 international river basins, of which 60% do not have any framework in place to manage these shared resources cooperatively
Water resource issues have heightened tensions throughout history and 37 conflicts over water have been recorded since 1948
World population growth is expected to occur most heavily in areas that rely largely on other regions for food production. The result is inter-regional dependency in which countries to have share either virtual or real water.
Despite the potential for conflict, the report says, common water needs have led to more than 200 water treaties negotiated over the last 50 years.

Sirodjidin Aslov, the Tajikistan Foreign Minister and a co-author of the report, states that “It is encouraging that many countries have started paying more attention to integrated approaches towards management of water together with other key sectors of the national economy.”

According to the report: “As more pressure builds on the world’s water resources, previous experience cooperating towards water sustainability serves as useful guidance for future agreements.”

Among the characteristics of successful cooperation agreements, according to the report: The active, continuous involvement of a third party mediator; good data; creative financing; private sector and community involvement; and effective river basis organizations.

South Asian water resources connect many countries that have had military conflicts historically.

The separation of India, Pakistan, and later Bangladesh divided basins between countries. India and Pakistan signed the Indus Water Treaty in 1960, but the Indus basin has continued to cause stress with competition for waters and legal battles against proposed hydropower projects in India.

Developing giants China and India refuse to sign agreements that they view as non-beneficial to their interests as they prefer to maximize their advantage against others. Both countries have expanded hydropower aggressively, such as with China’s Three Gorges Dam, having large impacts downstream.

“This has led to a culture of mistrust in Asia with less signatories and cooperation,” the report says. “South Asia lacks the coordination that EU countries have with economic and legal policies, and countries react defensively when bigger players like China act unilaterally.”

In Central Asia, more coordination has been seen, especially in response to the Aral Sea disaster. Kazakhstan, Uzbekistan, Turkmenistan, Tajikistan, and Kyrgyzstan formed the Interstate Commission for Water Coordination of Central Asia and pledged 1% of their budgets to help recover the sea.

In South Asia, progress towards cooperation is being made. While still missing China and Myanmar as active members, the Mekong River Commission has been helping countries in the lower Mekong basin move from humanitarian cooperation to economic cooperation.

In the Middle East, water is especially important for security and peace. Many countries with otherwise tense political relations also usually lack water agreements where they are most needed.

Throughout the region, desertification, shrinking rivers and aquifer depletion stress water supplies. With the so-called Islamic State controlling parts of Iraq and Syria, questions linger about water being used strategically as a threat or a weapon.

Despite overtures towards cooperation, especially around 2008, existing agreements lack controls and principles embedded in similar agreements worldwide. Iraq, Syria and Turkey created a technical committee in water and environment and established the Trilateral Water Institute to study efficient management of water usage in the Tigris-Euphrates river basin. However, treaties between the three countries currently are not being complied with.

Israel and Jordan have come to agreements, such as the 1994 Peace Treaty that included allocations of the Jordan River and joint efforts to prevent water scarcity, but cooperation is even more important today. The Dead Sea’s levels have been falling over one meter per year as the flow of the Jordan River, the main tributary, has dropped by more than 98%. A large project to divert water from the Red Sea to the Dead Sea has been developed by the World Bank and three parties — Israel, Jordan, and Palestine — signed a trilateral agreement in 2014. Implementation of any transboundary agreement in this situation is difficult with constant political and armed conflict in the region.

The Middle East Desalination Research Center (MEDRC), created under the 1996 Oslo Accords, has been influential in bringing Israel and Palestine together for water cooperation. The organization helps build capacity of member countries (Israel, Palestinian Authority, Jordan, Oman, Qatar, US, Spain, Netherlands, Japan, and South Korea) through research and training, and has built a solar desalination pilot plant in the West Bank.

Large differences in development levels of riparian countries make cooperation even more necessary, such as with Nile-dependent Egypt and the somewhat less developed, upstream countries involved in the Nile Basin Initiative.

Many criticize agreements in place that “are meant to look environmental, but in reality are just vehicles to promote hydropower development or irrigation expansions.”

While rivers may have coordinated cooperation in many places of the continent, groundwater resources lack institutions. Conflicts in places like Darfur and Sudan led to large displacements of people, some into refugee camps, which can aggravate an already stressed water supply with increased concentrated demand for resources. Political instability, mass migration, and limited resources have made cooperation difficult.

The continent has 63 river basins, of which 20 have international agreements in effect and 16 have institutionalized transboundary forums.

UN data indicate that an overwhelming majority of countries in Latin America and the Caribbean have already achieved, or are likely to achieve the Millennium Development Goal for drinking water, despite great diversity in levels of national development.

Gaps in service mainly affect low-income groups: between 70% and 85% of people lacking access to water services are in the lowest 40% for income. In rural areas, coverage is consistently lower than in urban areas: 15% in the case of drinking water and 24% in the case of sanitation services.

According to a study performed by CAF, the Latin American Bank for Development, to calculate the costs of reaching the water related SDG targets, the investment required would amount US$ 12.5 billion annually — the equivalent to 0.31% of the region’s GDP in 2010.

“Against the background of ever increasing consumption of food and energy by the world population, (which with current working models will demand ever more water for both processes), deteriorated sanitation and global climate change, it is the nexus approach, water-food- energy-climate, which is becoming more urgent and practical. The implementation of these concepts requires the development of cooperation and partnership not only among the countries, but also among different economic sectors and water users within each country.”

“The new development agenda will be put more emphasis on, and provide more tools for, water cooperation. This necessitates focused capacity development as well as transparent monitoring systems. The indicators by which water cooperation can be described and monitored vary greatly and range from governments establishing basin entities or river treaties, for example, to multi-sector planning and management approaches.”

“Water cooperation is a reality. Water cooperation can be done. There is today a wide array of experiences of cooperation among countries, among stakeholders in river basins — such as hydroelectricity producers, farmers cities, industries, environmental NGOs — and at local level through city platforms – with NGOs, Local Authorities, economic activities. Sharing information, building trusting relations, creating joint management structures and agreed legal instruments are all part of the types of actions that are needed to be successful. This can be promoted through dedicated financing to water cooperation.”

Jointly awarded by UNU-INWEH and SUEZ North America, this award gives recognition to an outstanding individual who has demonstrated exceptional advocacy to improve the lives of others through improving access to drinking water or heightening the prominence of water issues in the political sphere and on the international development agenda.

According to the citation: “H.E. Minister Aslov is a global leader on water issues, and has been instrumental in mobilizing governments around the world to act on water challenges and in catalyzing action by the United Nations community.”

“He has championed dialogue on water sharing and water cooperation, leading to a series of major conferences attended by a large number of government representatives, experts, global institutions, and thought leaders.” He has also strived tirelessly to increase regional cooperation amongst the Central Asian countries – water and energy being the core challenges for that region – and his contribution is instrumental in the emerging policy enhancements at the regional scale.

At a global level, award sponsor SUEZ Environnement supplies 92 million people with drinking water and 65 million with sanitation services, collects waste from almost 50 million people, recovers 14 million tonnes of waste per year and generates 5,138 GWh of local and renewable energy. With 81,000 employees and a presence on all five continents, SUEZ Environnement is a key player in the sustainable management of resources.

The United Nations University Institute for Water, Environment and Health is a member of the United Nations University family of organizations. It is the UN Think Tank on Water created by the UNU Governing Council in 1996. The mission of the institute is to help resolve pressing water challenges that are of concern to the United Nations, its Member States, and their people, through knowledge- based synthesis of existing bodies of scientific discovery; through cutting edge targeted research that identifies emerging policy issues; through application of on-the-ground scalable solutions based on credible research; and, through relevant and targeted public outreach. It is hosted by the Government of Canada and McMaster University.