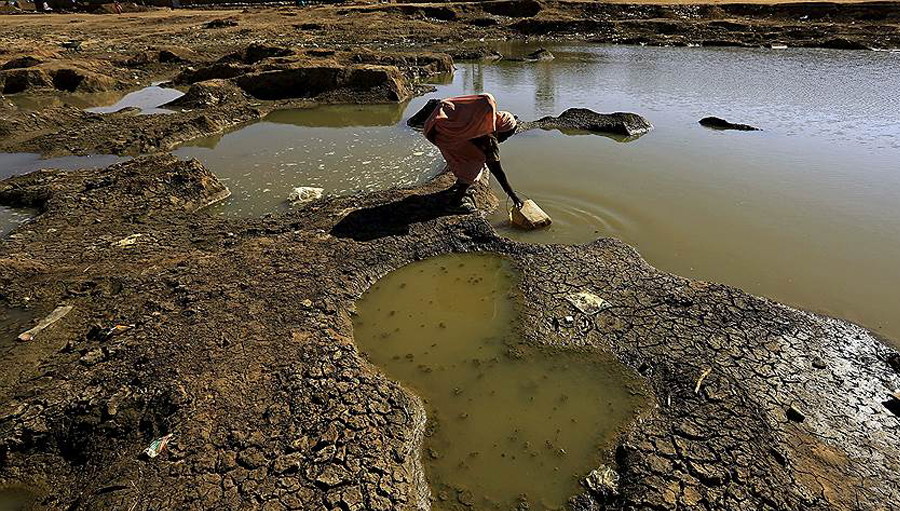 It is not uncommon for a water-centric research, policy or development organization or network to declare its long-term vision of the “water-secure world”. It reads nicely and feels great.

And it is intuitive and logical to perceive that a water-secure world is the one where “water security” is ensured. In every country.

The concept of “water security” has emerged on the global stage primarily over the last two decades. Its shortest and most elegant definition says water security is a “tolerable level of water-related risk to society.”

A conceptual framework of water security based on a more comprehensive definition encompasses various needs and conditions that should be taken into account — water for drinking, economic activity, ecosystems, hazard resilience, governance, transboundary cooperation, financing, and political stability.

Hence water security is not just about how much natural water a country has, although this matters a lot, but also how well the resource is managed.

Water security is considered a unifying concept that can help coordinate efforts towards a common goal. This common goal, however, remains unclear. Absolute water security simply does not and will never exist anywhere.

The devil, as usual, is in the details: how do you define “tolerable”, adequate”, “acceptable” — and other adjectives and variables that reflect the uncertainty normally associated with water security measures?

Perhaps the most advanced initiative to measure water security, started almost a decade ago with regular updates, is the Asian Water Development Outlook. It largely follows the principles of the water security conceptual framework noted above and employs over 50 indices to rate various aspects of it.

The most recent Outlook (2020) suggests that New Zealand, Japan and Australia are the most water secure nations in Asia-Pacific region, while Afghanistan is the most water insecure.

This is hardly surprising: the more developed a country is, the more effective its water management, the higher its water security ranking, even if the country’s water resources are limited.

Also, such regionally focused assessments compare a limited selection of countries and essentially reflect relative “status” rather than how close or far the countries are from achieving some global standards or milestones.

The uncertainty surrounding water security measures therefore prevails. All this has implications for development.

An obvious one is that the water-secure world we envision is either a mirage or a “nirvana concept.” The first is deceiving, the second unachievable. Either way, the focus created by imprecision is on movement, not on result, and conveniently excuses not knowing where we are going.

It may be argued, for example, that water security underpins, albeit implicitly, the global development Agenda 2030, including Sustainable Development Goal (SDG) 6 (entirely dedicated to water) and other water-related targets scattered through the SDG continuum.

Yet, similarly to water security itself, such SDG targets are either left “strategically vague” or simply undefined. Only SDG targets 6.1: universal (i.e. 100% in every country) water supply; 6.2: universal (i.e. 100% in every country) sanitation; and 6.3: halving (i.e. 50%, without country specifics) the proportion of untreated wastewater globally are explicitly quantitative.

Unclear, though, is whether their achievement by 2030 was politically or scientifically motivated. (The role of science, or lack thereof, in global water development is another debate).

From this standpoint, it is not surprising that the water-related SDGs set in 2015 have clearly turned out to be over-ambitious; indeed, it was conceded, even before the pandemic hit, that SDG6, for example, is off-track.

A country’s water status can then be seen in a context of these standards, and that, in turn, can help define action plans with a visible target.

Furthermore, the visibility horizons should be immediate short-term — five years or less — so that accountability is not passed to succeeding generations of experts, policymakers and politicians.

Water security standards need to relate directly to the number, type and scale of problems. To move from one standard to another, problems need to be eradicated, not just mitigated.

The “movement” towards nirvana water security may then become at least well-structured. Achievements and remaining gaps should be easier to see and articulate. And water science could finally play a central, practical role in the process.

Going even further, a water security philosophy may not even be necessary at all if we simply focus on solving — i.e. eradicating well-known water problems in a process designed with short steps and clearly measurable results, which should be realized in every generation.

Sadly, looking back at the last 50 years, it is hard to see a single global or regional water problem that has been, indeed, eradicated. And, accordingly, not a single country can currently boast that it is, indeed, water secure.

So much for a water-secure world.